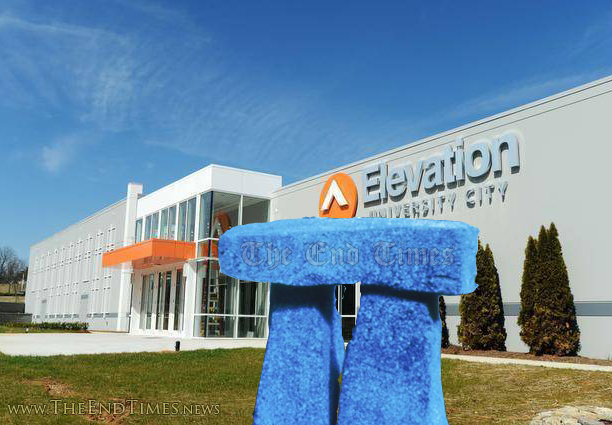 CHARLOTTE, NC – In an effort to more effectively connect with an increasingly pagan North Carolina culture, Elevation Church has erected small replicas of Stonehenge at each of its several Charlotte area locations.

“There’s no denying that the culture in which Elevation Church lives has been rocketing down a path to paganism since we opened our doors,” said Steven Furtick, Elevation’s lead pastor. “If we’re gonna continue to broaden our appeal with North Carolina pagans, we have to do everything we can to speak their language and make them feel comfortable.”

Despite pastor Furtick’s enthusiasm, Elevation’s pagan outreach program has stumbled out of the gate, with a misunderstanding between project coordinators resulting in Elevation facilities each being adorned with Stonehenge replicas modeled after the one seen in This Is Spinal Tap rather than the legendary structure found near Wiltshire, England.

“Yeah, it was a little disappointing at first,” conceded Elevation Pagan Outreach Team leader Jason Hall. “But for every hard core druid or Celtic pagan we’ve failed to bring into the Elevation fold, I think we’re getting at least two die hard Spinal Tap fans.”