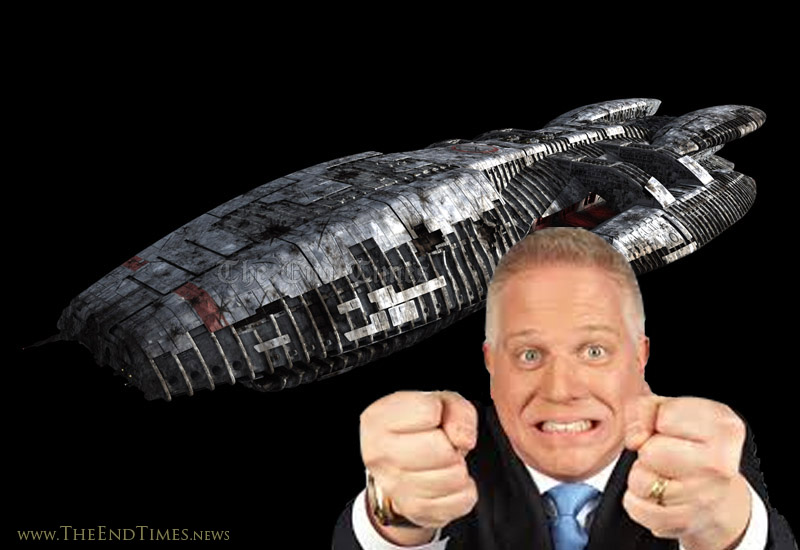 SALT LAKE CITY, UT – In a last ditch move to find peace, sanity, and the home planet of his Mormon ancestors, Glenn Beck as committed his vast resources to the construction of a real life Battlestar Galactica, which he plans to use to seek out the planet Kolob, birthplace of the man who grew into the god currently reigning over planet earth according to Mormon mythology, which Beck insists is “just as Christian as any garden variety protestant denomination”.

Beck announced and detailed his plans during a seven and a half hour special aired on his TheBlaze television network.

“I don’t know what the big deal is with some Christians,” said Beck while adjusting the tinfoil hat crushed under his official Colonial Viper pilot prop helmet. “They just can’t seem to accept the Mormon faith as Christian.”

“They’re also voting for Trump in droves, which oughta tell you something about why I’m heading to Kolob,” Beck added with a twitch. “I just can’t understand why my pleas for Christians to unite behind Ted Cruz to save the republic have gone largely ignored, except for when they’re mocked, which is pretty much all the time.”

“America is clearly going down, so it’s time to get outta Dodge.”

Beck spent roughly five of the seven and a half hour televised special going over blueprints of Galactica in vivid, often excruciating detail.

“Lemme tellya, you can fit a whole lotta prepper supplies and magic underwear in a Battlestar,” Beck boasted enthusiastically with a disconcerting grin. “And with plenty of room to spare for some dedicated fans or perhaps the Romney family to tag along.”