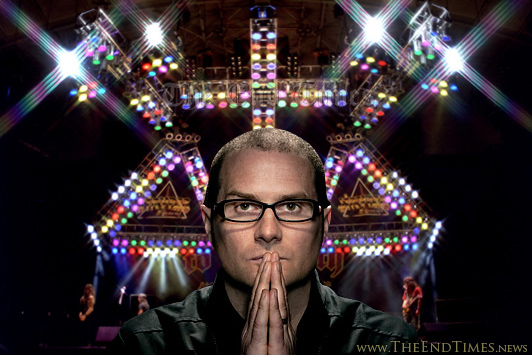 CHICAGO, IL – Rob Bell, popular emergent church leader and best-selling author of multiple wildly popular heretical books, has conceded that there may indeed be a Hell after all after attending a Stryper concert.

One of Bell’s best known and most controversial works, Love Wins, challenged the notion that there is a place of eternal, conscious torment for those who to not repent and submit to Jesus as Lord. This makes Bell’s sudden change of heart all the more noteworthy.

“I just didn’t know anything could sound quite like that,” said a clearly shaken Bell as he struggled to process the sonic force of revelation that had come his way. “I was settled firmly in the warm, comforting, sin-enabling belief that there is no Hell, but after hearing Stryper play, I’m just not so sure anymore.”

“In many ways, I feel as if I’ve seen and heard it close up.”