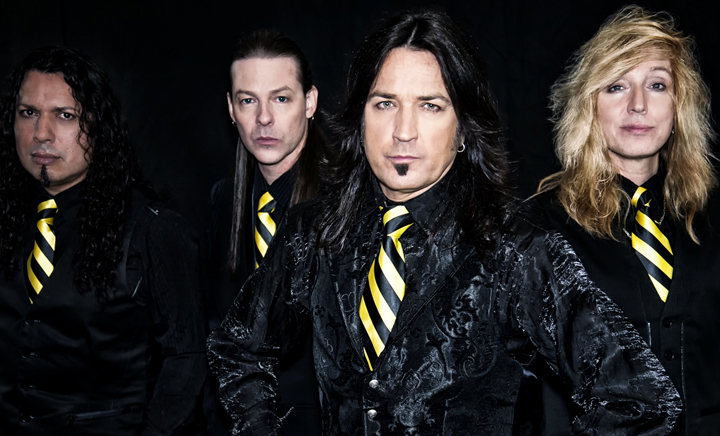 SACRAMENTO, CA – Fabled Christian glam-rock band Stryper is set to take the stage tonight before a crowd of thousands of adoring fans, crushing the hopes of countless millions across the globe that yesterday’s band retirement announcement was something other than a cruel April Fools’ Day hoax.

“We’re definitely not retiring,” proclaimed a follow-up article posted today at Stryper.com just hours before the concert was set to begin. “The Yellow and Black Attack is just getting started!”

News of the non-retirement elicited responses ranging from rapturous delight to unmitigated horror in music fans the world over.

“Thank you, Stryper!” screamed Lisa Bennett of Los Angeles, who traveled upstate to attend the do-or-dead concert. “Never ever never ever stop rocking! We looooove you!”

But not all responded so enthusiastically to news of Stryper’s non-retirement.

“There was a time when I loved this band; a time when I really and truly wanted to use enough Aquanet to carve my name in the ozone right next to theirs,” reminisced Tony Benson of Mesquite, Texas, who was the first to post his thanks and congratulations in response to the original April 1 band retirement announcement. “But it’s time to move on.”

“The ozone and the world of music can only endure so much.”