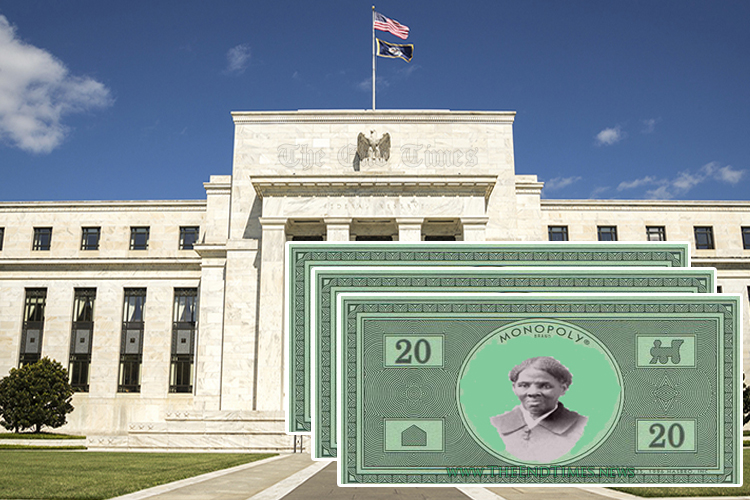 WASHINGTON DC – Conservative Americans all across the fruited plain are expressing outrage and dismay over the replacement of Andrew Jackson’s portrait with that of Harriet Tubman on the Federal Reserve $20 note commonly imagined to be real or sound money by hundreds of millions of economically illiterate Americans.

“What a terrible insult to a past President of the United States,” screeched legions of supposedly conservative American talking heads in unison. “It’s just another example of the vast leftist progressive homosexual conspiracy to separate us from our heritage and destroy ‘Merica!”

Few, if any, of the self-described conservatives so loudly and proudly claiming to stand for freedom, responsibility, fairness and free markets bothered to notice, much less point out, that the $20 paper money in question is effortlessly manufactured out of thin air by a handful of people who then use their magically crafted dollars to buy and control everyone and everything beneath them…including major “conservative” media outlets and personalities.