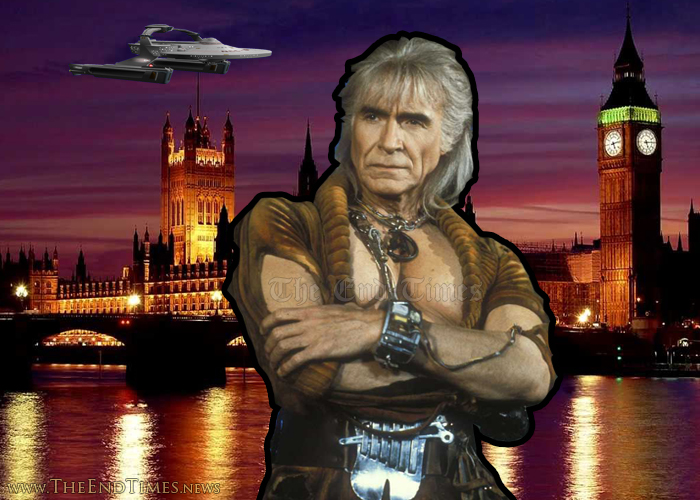 LONDON, ENGLAND – After a long, bitter campaign in which aspirations of global domination were implied and anti-genetically-engineered-super-Muslim bigotry was thrown around like a pigskin at a (real) football game, Khan Noonien Singh has been elected the first genetically engineered superhuman Muslim Mayor of London.

In a stunning turn of events, the once seemingly impossible long-shot Khan gained traction late in the election cycle by shifting away from his strongman, tyrant wannabe image just long enough to appeal to the niceness, naivete, and squishy, dictator-enabling cowardice of the average Londoner.

After languishing in the polls at around .0003% for the first two months of the mayoral campaign and with only two weeks left before election day, Kahn shifted gears and rocketed to 35% after saturating the London market with a week of ads featuring him cuddling kittens and smiling while patting babies on their adorable little heads. This was followed by a closing week-long ad blitz in which a warm, friendly Khan appealed to the progressive, humanistic, impossibly sappy and stupid goals that apparently nearly all Londoners share these days. That put him at 73% in the polls on election eve.

Khan ended up winning with 81% of the popular vote, which one can only assume means that around 19% of Londoners will be rounded up and dealt with any minute now.

Congratulations from spineless, wormy progressive humanist leaders across the globe have been pouring in ever since Friday’s election.

Paris Mayor Anne Hidalgo wrote: “Congratulations to @Khan, elected Mayor of London! Convinced that his humanism & his progressivism will benefit the Londoners (that he allows to live)!”