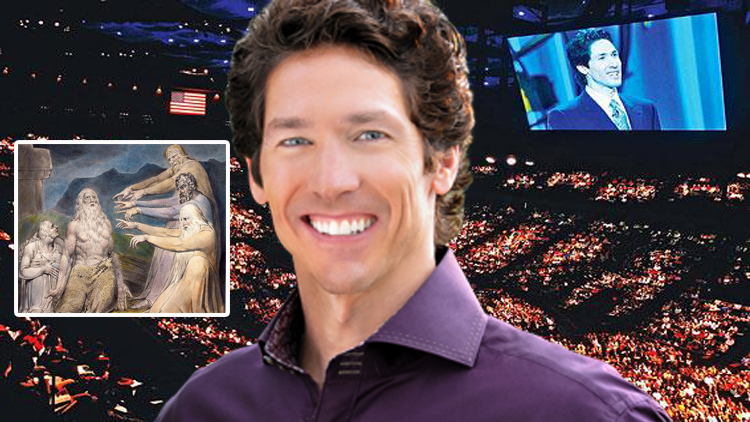 HOUSTON, TX – Joel Osteen’s long rumored, much anticipated, and very likely comedic commentary on the book of Job will never see the light of day, his publisher confirmed in a brief press release earlier today.

After publishing a slew of super-shallow, selfishness-encouraging blockbusters like “Your Best Life Now”, “Good, Better, Blessed”, “It’s Your Time” and “Every Day a Friday” during a long, successful stint with Simon & Schuster, there had been speculation and even a little hope that Osteen’s transition to Hachette Book Group’s FaithWords imprint might coincide with a move toward producing less self-serving, self-absorbed, pop-psyche drenched literary garbage masquerading as Christianity.

While talk of an Osteen-authored commentary on Job was generally received as an awesome joke when it initially surfaced late last year, over time people actually began to wonder if such a book might come to be. Over the course of the past six months speculation mounted that the Lakewood megachurch pastor might finally be moving beyond his trademark shallow, self-referential caricature of Christianity. As rumors persisted of an Osteen commentary on Job, Osteen skeptics began to hold out hope while longtime Osteen fans and consumers of all things Osteen became increasingly rattled over all the talk of this new “depth” thing that might be changing their favorite selfishness-enabling health, wealth and prosperity preacher.

Thus, the wave of clarifications from FaithWords.

“Oh no, that’ll never happen,” reported FaithWords via press release. “We actually hope to ramp up the smiling, shallow, self-affirming vibe that has made Joel such an incredibly successful and lucrative icon of American faux Christianity.”

“The whole Job thing just doesn’t really fit in at all with what we’re aiming for. We’re here to pitch confidence, pride, prosperity, health, wealth…you know, the basics of Osteen-style religion.”

“The book of Job doesn’t really fit into that plan.”