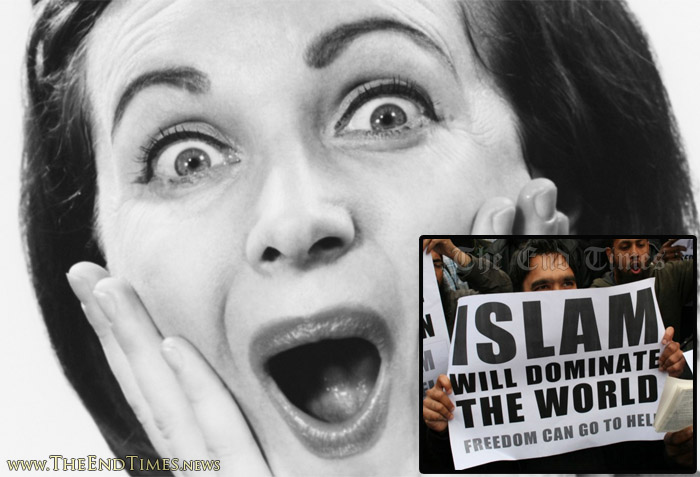 ST. LOUIS, MO – Tens of millions of lazy, theologically shallow American Christians continue to express shock and horror at the way serious Muslims actually strive to apply Islam in every area of life.

“The way that these people take their religion so seriously is terrifying!” exclaimed 44-year-old businesswoman Melinda Sweet while attending a downtown St. Louis Tea Party rally. “Worse still, it’s un-American! If there’s one thing America is all about, it’s not taking any particular religion or God too seriously!”

“Oh sure, we say we’re Christians, we go to church and we even talk about how much we love Jesus, but do we actually want to obey Him as if he was King or something?”

When one Tea Partier dared to openly suggest that perhaps obedience to Jesus as King and applying His Word in detail as commanded in the Gospel and Great Commission was not only a good thing but exactly what was needed to save the dying American culture, many in the crowd of self-described Christians looked confused, with some becoming visibly angered at the suggestion that there was actually a King over them who was issuing fairly clear and detailed commands to them right here and now.

“I just tried to point out that someone taking their God and religion seriously enough to actually do what is required of them isn’t the problem,” observed Nathan Parker, a longtime Tea Party member who holds the unusual position that Jesus Christ is the King we must actually strive to obey in practice and in detail right in order to find true liberty and freedom in any area of life. “The problem is that those advancing the false god of Allah and false religion of Islam are the ones taking their religion and god seriously enough to actually obey and advance the cause of Islam throughout the culture.”

“Muslims are the ones demonstrating true fidelity to Allah and Islam while American Christians are so slack, lazy, and comfortable in their biblical illiteracy that to even suggest to them that Jesus should be actively obeyed as the King of kings in the areas of art, economics, law and education gets you treated like you dropped out of a flying saucer or just escaped from Crazy Town.”

“American Christians tend to hate that kind of talk.”

“The problem with America isn’t that Muslims are taking their religion too seriously. It’s that American Christians don’t take Jesus seriously at all and are being judged by Him accordingly.”

“Ironically, He seems to be using dedicated Muslims as a part of that judgment.”