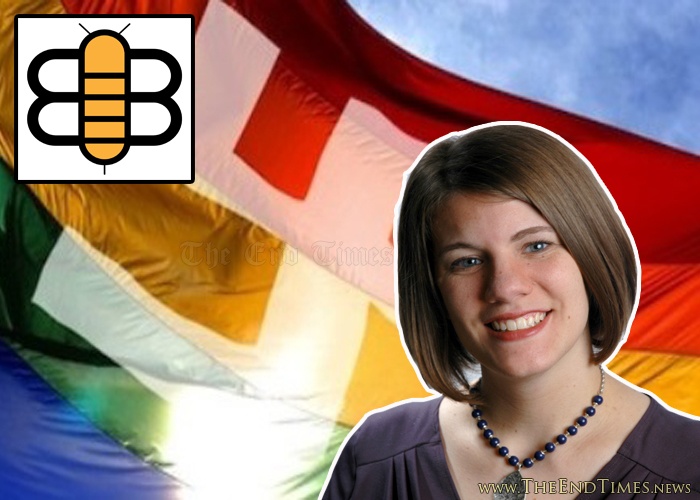 The Forces of Tolerance have taken to the Interwebs this week in a typically hypocritical, incoherent effort to set people straight on the proper use of humor and help keep “this Bible-based Christian satire thing” from catching on. Their primary target: The wildly popular and biblically grounded Babylon Bee.

In an effort to “lovingly” squish dissent on trendy, culture-wrecking Progressive causes like transgenderism and help keep biblically rooted Chrisitans from horning in on areas long held unchallenged by the Tolernace Nazis as they redefine the culture through art, humor, and satire, various advocates of anti-Christian “progress” have taken to writing articles warning of the dangers of Christian satire as practiced at The Bee.

“Using humor, irony, exaggeration, or ridicule to present Progressive views as stupid or dangerous while critiquing the sexual understandings of others as a vice or sin just because they’re not like you isn’t a very Christian thing to do,” noted some trendy, Progressive guy in a Facebook thread slamming The Bee for daring to use satire to critique the sacred cow of transgenderism. “And it isn’t even good satire. Good satire is supposed to be uplifting, fluffy, warm and loving, especially when addressing the anti-Christian positions most cherished and adored by enlightened Progressives. Satire that punches down, rather than up, is not only ignorant — it’s oppressive.”

When confronted later in the thread with the actual definition of satire as “the use of humor, irony, exaggeration, or ridicule to expose and criticize people’s stupidity or vices, particularly in the context of contemporary politics and other topical issues,” the Progressive dude seemed unconcerned with things like the objective definition of satire.

“Satire means what we want it to mean,” the dude explained. “And by ‘we’, I mean me and the people who agree with me.”

“People should be cuddled, coddled and encouraged to be whatever they feel themselves to be at any given moment, and they should be allowed believe whatever they feel is right about anything at anytime without fear of correction….unless, of course, they’re coming from a Bible-based Christian perspective.”

“Then they should be made to shut up and go away already.”