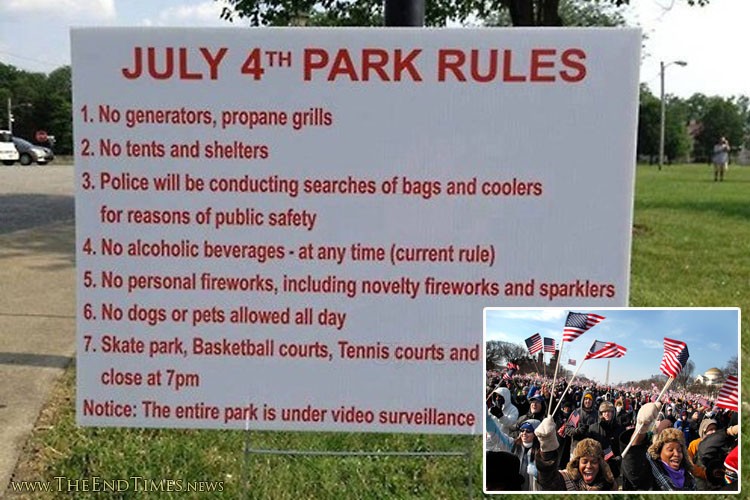 TOPEKA, KS – Hundreds of millions of routinely searched, video surveilled, constantly monitored, and heavily regulated Americans were encouraged by their masters to celebrate “American style freedom and liberty” at government run parks and facilities across the nation yesterday.

The celebratory events, supposedly built around some sort of vague connection to the historical example of American colonists pursuing independence from the tyrannical abuses of Britain exemplified by a 3% tax on tea, attracted tens of millions of Americans who are, on average, taxed out of at least 40% of their income and are no longer even able to own a home outright in the “land of the free” and the home of the NSA.

“It’s so important that we show unquestioning allegiance and remorseless pride in our great country,” shouted Topeka native Sarah Givins, 34, while attending a downtown fireworks show with her husband and two young children Chris, 9, and Emily, 7, who both attend public school at Abraham Lincoln Elementary where they are immersed daily in anti-Christian, State-centered worldview training and begin each morning by reciting a socialist-written pledge to the indivisible power of the American State – something that would have surely repulsed the Founding Fathers.

“We have to be thankful for the foundation that was laid so long ago so that we can enjoy the tiny shreds of residual freedom that we still have for the time being here and now,” Mrs. Givins added.