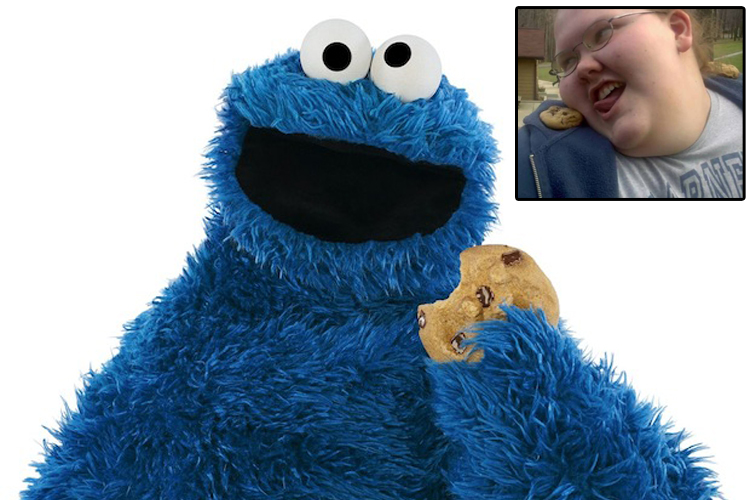 SESAME STREET – Cookie Monster has come out of the closet.

The wildly popular Muppet’s coming out party is said to be the central theme of a recently recorded but as-of-yet unreleased episode of Sesame Street, in which Cookie Monster reportedly self-identifies as “a very large woman who loves eating cookies”.

Cookie Monster’s sudden coming out took many media and pop culture experts by surprise, with most having long assumed that Bert and Ernie, or maybe Big Bird, would be the first to come out on Sesame Street.

The Cookie Monster coming out episode, aimed at encouraging its young audience to “quite literally be whatever they want to be”, is tentatively set to air in the fall, with Caitlyn Jenner listed in early promo materials as “a very special guest”.