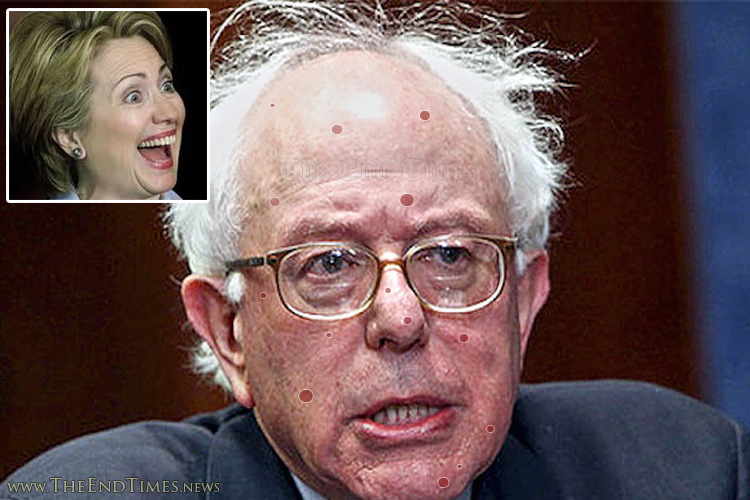 PORTSMOUTH, NH – After a long, drawn out battle, Bernie Sanders finally succumbed to the Clinton virus yesterday at a campaign rally in New Hampshire where he endorsed Hillary Clinton for President and removed any remaining reasonable doubt that he was, is, and forever shall be just another tool of the Wall Street owned political puppet show and perpetual Warfare/Welfare State that he has so often railed against.

News of Sanders’ final descent into Clintonian darkness hit his most ardent followers hard, with many of them having actually believed him to be a champion of stark raving Socialism who would stand firm against the Wall Street values that Hillary represents.

“I just can’t believe it,” cried Ziggy Lovechild, a perpetually unemployed 43 year old Nintendo aficionado, while seeking shelter at a hastily prepared safe space for distressed Sanders supporters. “I was so wanting all of the free stuff he promised to give me while tearing down those who actually produce the stuff he wants to make free.”

“I guess I’ll just have to settle for Hillary’s version of the same thing now.”

“This is so unfair!”