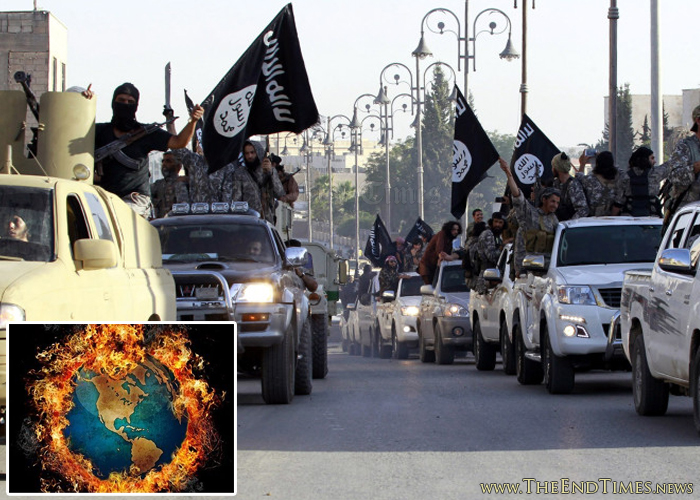 ALEPPO, SYRIA – The Islamic State has released a statement claiming “complete responsibility” for global warming, leaving mainstream media sources in America and throughout the West paralyzed with a combination of fear, outrage, and confusion.

“How could we not have seen this coming,” mused one frustrated talking head on MSNBC while covering the ISIS press release and frantically squeezing his well worn stress ball. “When they’re not lopping somebody’s head off, they’re usually driving around in gigantic caravans of Toyota SUV’s and pickup trucks, and we all know that those things get terrible mileage.”

“Have they no shame?”

“Is there no limit to their evil?”

“Can they not at least rape and pillage the region by way of Prius convoy?”