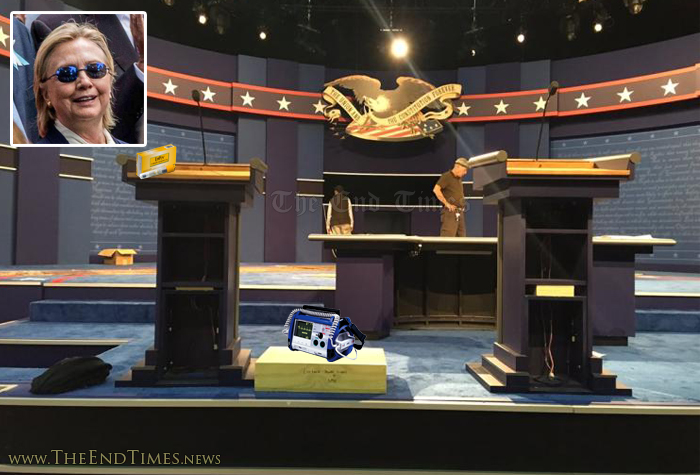 HEMPSTEAD, NY – The Clinton/Kaine campaign is demanding that Hillary Clinton’s podium at tonight’s debate be equipped with a defibrillator and “at least two boxes of EpiPens,” according to several sources involved in preparations for tonight’s event at Hofstra University.

“It would be fundamentally unfair to prevent Hillary from having easy access to the numerous medical tools that are clearly required to keep her propped up and limping along the campaign trail,” argued Clinton campaign chief medical advisor Dr. Igor Strangelove. “Everyone in the world now knows that Hillary could start flopping around in a coughing fit or demonic seizure at any moment.”

“It’s only right that she be provided with at least some of the many, many, many medical services and devices that are required to keep her zombie-like shell shambling along.”