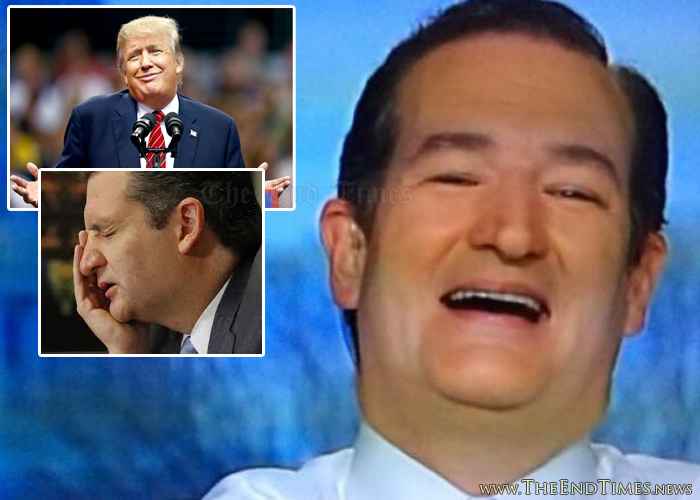 With the recent release of boatloads of explicit and redundantly detailed audio and video recordings proving Donald Trump to be every bit the vile, repulsive, vice-peddling, woman-hating pig that pretty much everyone with a positive IQ already assumed him to be, the recent Trump convert is now said to be exploring ways to “help people understand that his endorsement of Trump was really just a hysterical bit of comedic hijinks.”

“Oh yeah, of course the whole ‘endorsement of Donald Trump’ thing was all just a good old fashioned knee slapper,” explained one Cruz consultant on condition of anonymity while laughing nervously before passing out in a fit of embarrassment-fueled anxiety. “Ted’s just hysterical that way.”

“He’s such a kidder!” the consultant added just before falling to the floor in a puddle of his own sweat and beginning to sob uncontrollably.