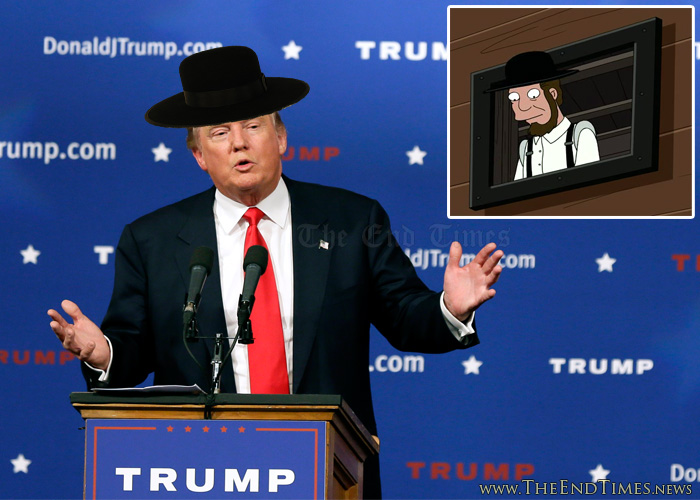 ETHRIDGE, TN – In a desperate push to compensate for the likely loss of voters who’ve recently been exposed to numerous vivid, lengthy audio and video recordings of him confirming the worst about his character, sense of decency, and general relationship with the concept of morality, Republican nominee Donald Trump is now focusing on securing the votes of those least likely to even have access to a television, radio, or computer of any kind.

“The Donald loves the Amish,” explained Trump campaign communication specialist Joe Gerbils. “If we can just get the Amish to join with the evangelicals, most of whom don’t seem to care what he’s ever done or said when it comes to using or abusing women, we think we have a real shot at this.”

“The trick with the evangelicals is to just not be Hillary Clinton. The trick with the Amish is to never allow them to be exposed to the plethora of information describing what Donald Trump has actually said and done again and again regarding the use and abuse of women over the course of his entire adult life.”

“If we can just get the Amish to be more like the evangelicals, we’ll have a real shot at making America great again!”