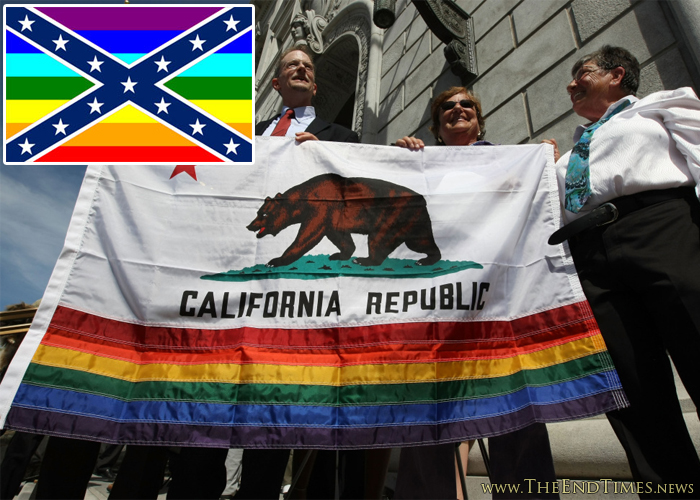 SAN FRANCISCO, CA – California is threatening take its big gay self right out of the union.

While secession has until recently been viewed as a route reserved for those of a conservative political bent, leaving the union is becoming increasingly attractive to a growing number of liberals and left-leaning states in the wake of Donald Trump’s win in November’s presidential election. Since election day, millions of angry, confused, and flamboyantly liberal Californians have been making increasingly dramatic, pouty, lispy, emotion-filled noise aimed at encouraging California to go its own way.

Texas has already pledged to do whatever it can to help.

“Seriously, we are totally committed to help California in any way humanly possible,” Texas said in a hastily composed, excited statement released three seconds after news broke of Californians making noise about secession. “If this is the way we can finally break the chains binding us to San Francisco and L.A., then so be it. We’re totally down with that.”