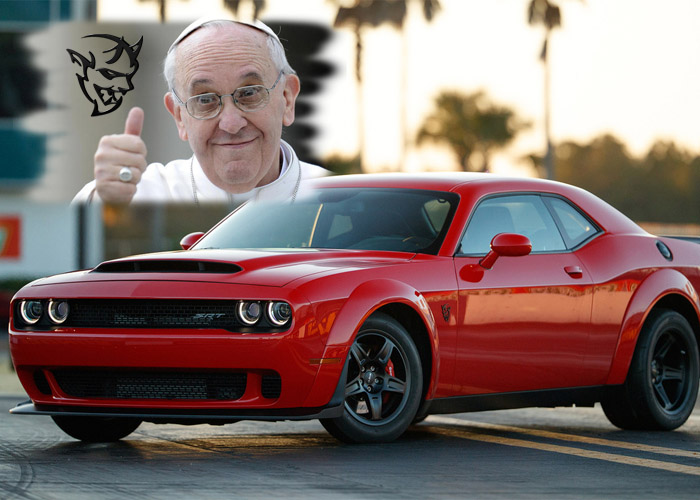 VATICAN CITY – A spokesperson for Pope Francis has confirmed rumors that the pontiff has pre-ordered a 2018 Dodge Demon.

The new Dodge muscle car monster, which officially launched at this week’s New York Auto Show, boasts a supernaturally scary 840 horsepower and enough torque to tow away any unwanted neighborhood homes. The Demon’s combination of raw power and gaudy, over-the-top aesthetics “simply proved too much for Pope Francis to resist”, according to multiple sources close to the pontiff.

“It was a perfect fit, really,” confirmed papal PR guy Igor Finkelstein. “While I can’t say that it’s a match made in heaven, the Pope and the Demon do seem to be a perfect fit in every meaningful way.” 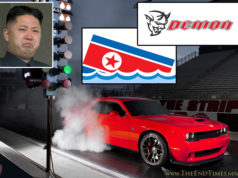