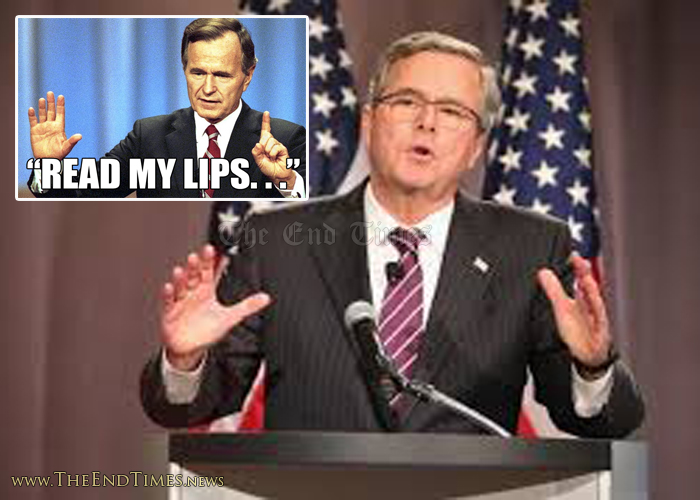 CORAL GABLES, FL – To the shock and surprise of no one, Jeb Bush has once again confirmed the valueless nature of Bush promises by making it plain that he will not support Donald Trump as the Republican Party’s duly chosen nominee for President, despite having taken numerous televised and recorded pledges to support the Republican Party nominee in the coming general election while Donald Trump was standing mere feet away from him taking the same pledge.

“Look, we all know that these ‘pledges’ don’t mean anything,” noted Bush while making air quote signs around the word “pledges” at another poorly attended press conference where he announced the decision to trample his globally broadcast word in typical Bush fashion. “Especially when these ‘pledges’ come from a politician. And especially especially when they come from a politician named Bush.”