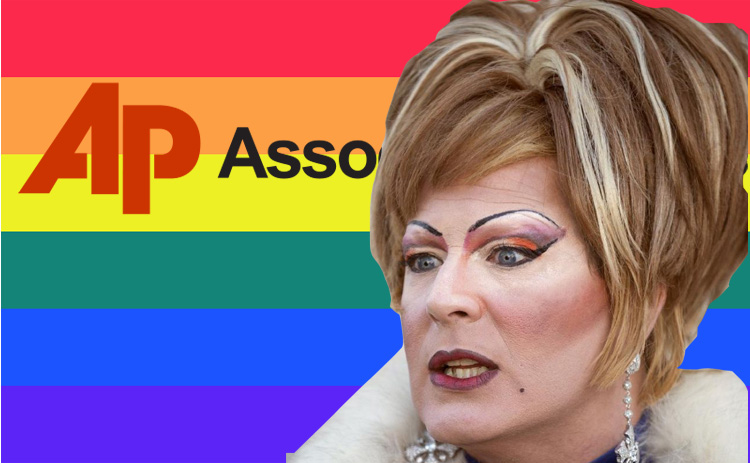 BIRMINGHAM, AL – In a stirring demonstration of fidelity to the LGBTQRSUV movement, the Associated Press, a pagan propaganda machine famous for pretending not to have a radically anti-Christian bias in all that it says, thinks, and does while reporting on the news of the day, has formally issued a proposal of pretend marriage to a pretend woman going by the drag queen stage name of Ambrosia Starling.

“It was love at first site,” explained AP’s Jay Reeves, who co-authored a recently published love-manifesto-masquerading-as-a-news-article between the “news organization” and a drag queen who’s made waves for thumbing his heavily made-up but still decidedly manly nose at Alabama Chief Justice Roy Moore. “We at AP knew the moment we laid our eyes on Ambrosia that we just had to be together.”

“When Ambrosia went after Chief Justice Moore the way that she did, each and every one of us at the AP just knew that we had to fully formalize our love and commitment to one another,” added AP’s Kim Chandler, the other co-author of the doting proclamation of adoration pretending to be a news story published recently by AP in support of the drag queen that had captured the many seared and Christianity-hating hearts of the Associated Press. “We knew that we had to have a giant mock wedding so that we could all continue to mock marriage together in perfect, loving harmony.”

While no date has yet been set for the mass mock wedding, major media outlets are already heralding the coming event as the single greatest and most fabulous thing to ever happen in all of human or transhuman history.