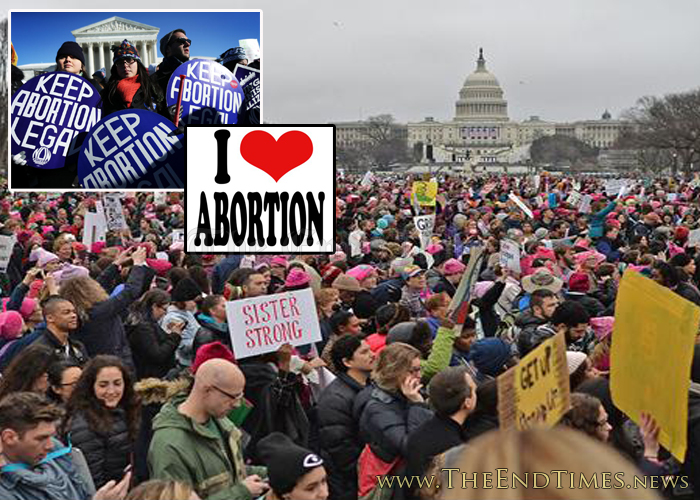 WASHINGTON, DC – In a shrill, screechy show of support for a woman’s right to murder her own child for any reason or no reason at all, somewhere between 250,000 and 500,000 women, male feminists, and people so confused they don’t even know their gender gathered together over the weekend to march, whine, and rage in the nation’s capital.

“Millions of women all across America are living in fear right now,” explained one probably female protester. “They’re afraid they might lose the ability to freely murder their own children, and we just can’t stand for that! That’s why we’re marching here today, 250,000 strong, to be sure that the 25,000,000 or so little baby girls who’ve already been murdered so far through safe and legal abortion are only be the beginning of the sacrifice we’re willing to make for women’s liberation.”

“And that’s like a 100 to 1 ratio or something, so when you think about it each of us here marching now already represents the successful sacrifice of one hundred little baby girls!”