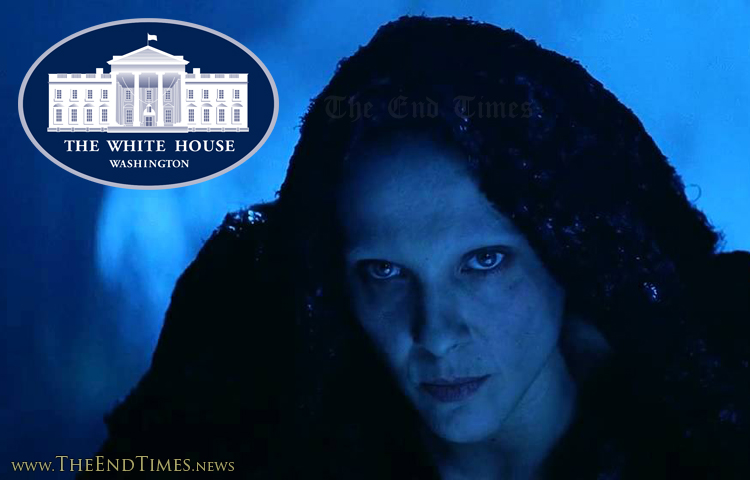 WASHINGTON, DC – With Republican and Democrat Party nominations for President apparently sewn up by Donald Trump and Hillary Clinton, representatives for Satan confirm that he is seriously considering an independent, third party run for the White House by shrewdly and believably positioning himself as “the least of three evils”.

“The path seems very clear at this point,” noted George Stephanopoulus, well known satanic advocate masquerading as a journalist and longtime host of ABC’s This Week With George Stephanopoulus. “After generations of successfully encouraging Americans to willfully choose the lesser of the two evils that are invariably gurgled out by the Democrat and Republican machines each election cycle, we’ve finally arrived at a point where the Lord of Darkness can credibly campaign as the relative good guy.”

“The least of three evils, if you will.”

Other satanic aides and advocates agreed with Stephanopoulus’ assessment.

“With Donald Trump and Hillary Clinton as the standard-bearers of a dying two-party system, the timing seems perfect for the Prince of Darkness to finally come out of the shadows and make the increasingly reasonable pitch that he really, truly is the ‘least of three evils’ available to make America great again,” wrote Peggy Noonan, longtime enabler of the Republican wing of the Orwellian welfare/warfare-defined American Socialist State, in a recent Wall Street Journal op-ed piece. “When millions American evangelicals are willing – eager, even – to support an unrepentant, biblically illiterate strip club promoter like Donald Trump for President, we have clearly arrived in a dark, new age of American politics.”

“One in which Satan should do quite well at the polls.”

“On the plus side,” added Noonan, “at least he’s not Hillary.”