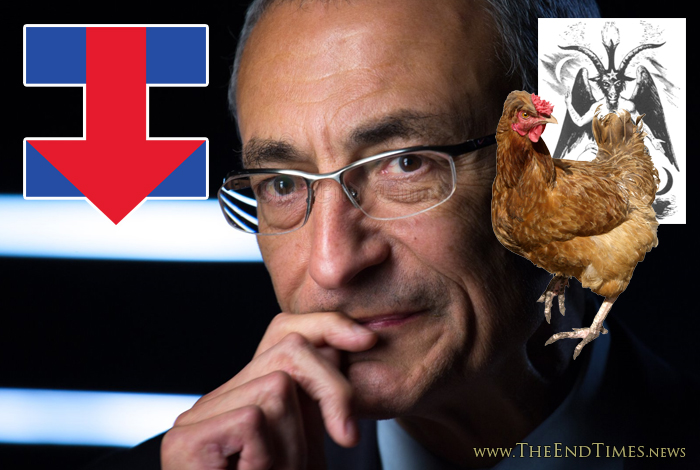 NEW YORK, NY – Clinton campaign chairman John Podesta “really regrets not sacrificing at least a few more chickens to Moloch”, according to statements made by several well placed sources within the Clinton machine.

“Yeah, John was so sure we had this thing all sewn up,” noted a highly placed Clinton campaign staffer on condition of anonymity in order to avoid being Vince Fostered and/or sacrificed to Moloch by John Podesta. “What with Hillary’s clear, bold commitment to legal child sacrifice via abortion and the proliferation of sexual perversion through the LGTBQRSTD movement, we just knew that the winds of spiritual darkness were at our back.”

“John did so much and worked so hard to see this thing through. He led countless strategy sessions, energized millions of anti-Christian voters, and sacrificed literally hundreds of goats, toads and chickens to Moloch.”

“So yeah, we’re all a bit stunned, saddened and surprised that it wasn’t quite enough, and John can’t help but wonder what might have been if he’d just sacrificed one or two more chickens to the Lord of Darkness.”

“On the plus side, we’re all sure to remember this hard but valuable lesson heading into 2020.”