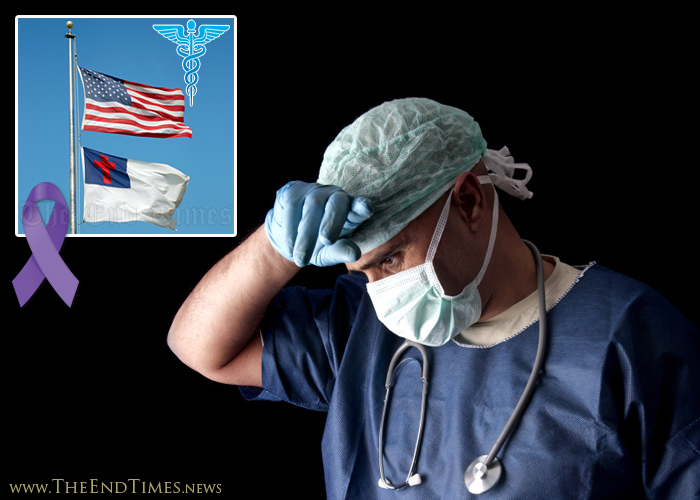 HOUSTON, TX – According to a grim report released today by top specialists at one of the world’s premier cancer treatment facilities, American Christianity is suffering from stage four testicular cancer. The extremely advanced disease has left American Christianity in what doctors call “a state of near uselessness and complete cultural impotence”, with very poor prognosis for even short-term survival “apart from divine intervention”.

“It’s a miracle that American Christianity is even still walking around,” noted world renowned cancer specialist Dr. Frederick Bilitnikoff during a depressing, funeral-like presentation made to media assembled at MD Anderson’s main Texas Medical Center campus. “Honestly, it’s like American Christianity is dead already in most meaningful ways. It’s like a zombie shambling around not quite realizing that it’s actually deceased.”

“I wish I had better news, but it is what it is, and what it is is very, very depressing.”

“The condition is very advanced,” agreed fellow senior specialist Dr. Clifford Branch. “Perhaps if American Christianity had paid attention to any of the many clear early signs of testicular cancer, we’d be having a very different conversation now. But it didn’t pay attention to any of those symptoms, so here we are.”

“Apparently the disease metastasized to the brain some time ago, making discernment nearly impossible from that point forward,” added Dr. Bilitnikoff. “Once the cancer advanced to that point, there was no chance of American Christianity realizing that most of the way it was living wasn’t even remotely Christian.”

“The apathy, laziness, and comfort with biblical illiteracy combined with soaring American pride and a focus on self-esteem…all the warning signs were there screaming at the top of their proverbial lungs,” noted Dr. Branch in a somber tone.

“The list of long-waving giant red flag warning signs goes on and on.”

“So here we are, surrounded by an imploding American culture, and all we have to counteract it is an American Christianity that is painfully shallow, weak, self-absorbed, and impotent.”

But the two esteemed doctors were able to find a silver lining in the otherwise overwhelmingly depressing scenario.

“Maybe, if nothing else, this situation can serve as a warning to Christianity in other parts of the world,” noted Dr. Branch. “Maybe we have a chance to help others even if we can no longer save ourselves.”

“To those who may be reading this report in the far flung future, long after our disease has finished running its course, I make the following plea: Whatever you do, please pay attention to the early signs of testicular cancer.”

“It could save your life.”