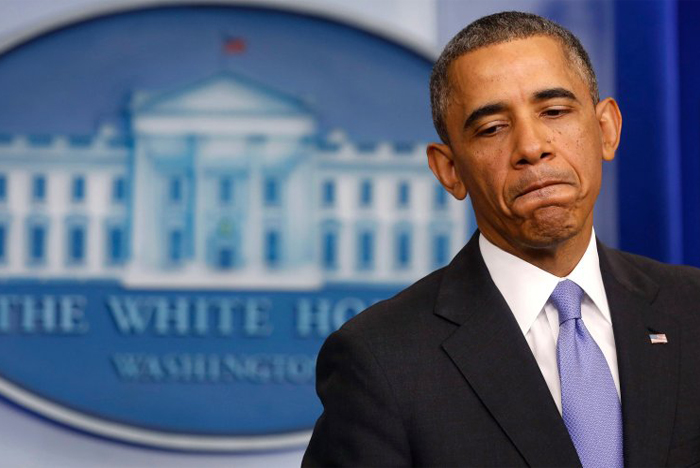 WASHINGTON, DC – In the wake of Sunday’s tragic mass shooting in which a Muslim claiming ties to ISIS savagely attacked a gay bar in Orlando, killing 50 and wounding more than 50 more, President Obama’s medical staff has released a brief statement claiming that he suffers from an extremely rare, previously unheard of condition that renders him physically incapable of uttering the phrase “Islamic terrorism”.

“While the condition in question leaves him perfectly able to use either of the two words individually or in conjunction with other words – like ‘Islamic peace lovers’ or ‘right wing terrorism’, for example – the President’s unique affliction renders him utterly incapable of using the two words together and thereby verbalizing the concept of ‘Islamic terrorism’,” read the signed statement from members of the President’s medical and propaganda staffs. “So don’t look for the President to be using that phrase anytime soon, no matter how many ISIS-loving Muslims go on mass killing sprees across America.”

“Furthermore, the President’s unique condition also compels him to reflexively interpose the phrase ‘religion of peace activist’ where one might normally expect the use of ‘Islamic terrorist’. So please, be patient with the President as he works through these issues and feels compelled to explain how Islamic terrorists are actually ‘religion of peace activists’ every time he’s forced to address the most recent murderous rampage undertaken by a Muslim on America soil.”

When asked if perhaps this ‘medical condition’ is actually a religious condition known as “Barack Obama is a Muslim”, White House staff pretended not to hear the question and started whistling nervously while walking briskly away.