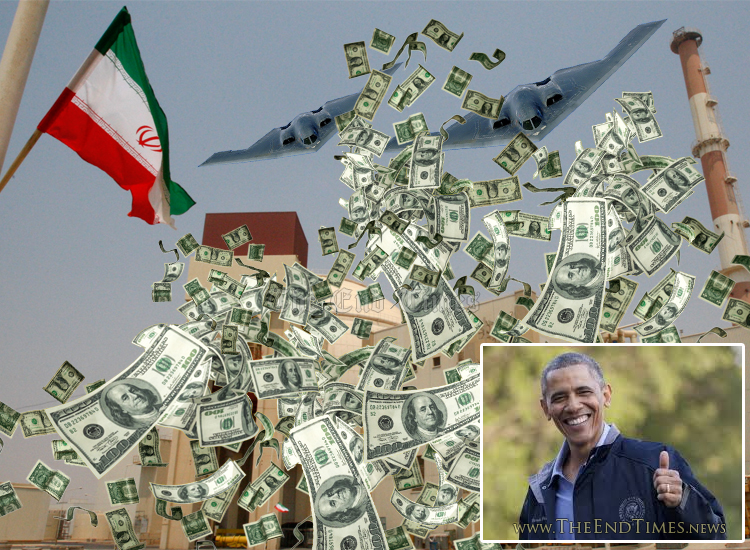 WASHINGTON, DC – In an effort to calm growing concerns over Iran’s open pursuit of nuclear weapons, President Obama is planning a “massive money-bombing campaign against Iranian nuclear facilities” according to several highly placed sources in the White House.

“President Obama has had enough of Iran’s insolence and is determined to decisively address the threat posed to global peace by Iranian nuclear ambitions,” explained a White House source on condition of anonymity. “So in order to teach Iran a lesson it will never forget, the President will soon deploy wave after wave of airstrikes in which copious amounts of cash will be dumped directly upon the Iranian nuclear program.”

“Using the latest in stealth technology, American bombers will effortlessly infiltrate Iranian airspace and then proceed to unload tons and tons of cold, hard cash all over Iran’s nuclear facilities. They’ll never see it coming and they won’t know what hit them.”

When asked why the American Air Force would be dropping money onto the Iranian nuclear facilities in question rather than, say, bombs, White House sources clarified that “so much cash will be involved in these airstrikes that it will literally take years for the Iranians to dig their precious nuclear reactors out from the Everest-like piles of dollars under which they are buried”.