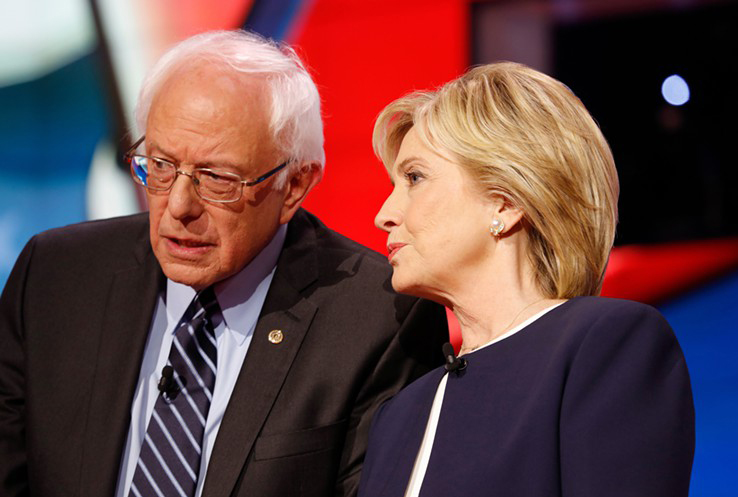 ALBANY, NY – With pressure mounting and the stakes sky high in New York’s fast approaching Democrat primary, Hillary Clinton has suggested that Bernie Sanders validate his pro-choice credentials by choosing to subject himself to a 298th trimester abortion.

“But that’s insane! That would kill me!” protested Sanders at a New York City Feel the Bern rally attended by tens of thousands of non-aborted pro-choice progressives advocating for the right to murder children and steal the property of those left alive. “While I’m all for a woman’s right to murder her unborn child for any reason or no reason at all, the freedom to choose to murder an innocent child should not be confused with the freedom to murder an elderly Socialist, which I personally oppose.”

“If we’re going to be pro-murder-for-convenience, we have to be very careful how we define it so that we aren’t the ones being murdered for someone else’s convenience.”