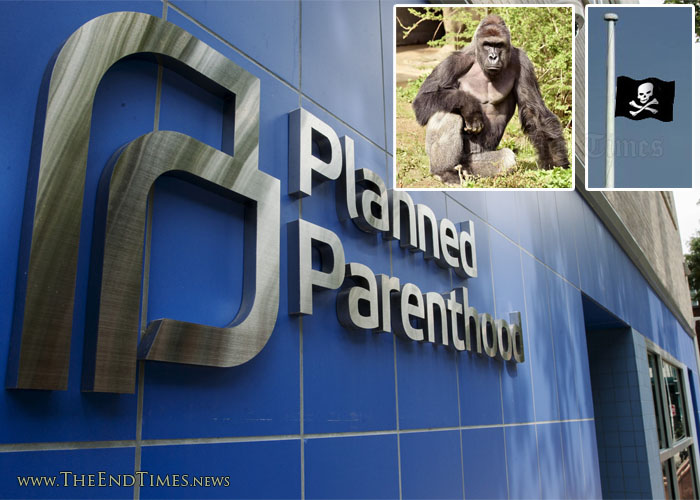 CINCINNATI, OH – In a visible demonstration of outrage over what it calls “the senseless murder of an innocent gorilla”, Planned Parenthood has announced plans to lower the flags flying over its thousands of openly operating baby murdering facilities to half-mast throughout the month of June.

The nationwide, taxpayer funded mass baby butchering operation is also considering a special “Remembering Harambe” promotion, which will take 10% of the standard Planned Parenthood fee for murdering a human baby in its mother’s womb and donate it to the preservation of gorillas in American zoos.

“We feel it’s very important to make a statement and take a clear stand for the life of innocent gorillas like Harambe,” explained Planned Parenthood President Cecile Richards. “There’s just no good reason to murder an innocent gorilla that way. It’s indefensible and disgusting.”

“Human babies, on the other hand, are totally fair game,” added Richards with a smile. “And if you kill ’em by the millions, like we have, you can really make an insane amount of money.”

“Our hope is that through the Remembering Harambe promotion we will inspire people to hire us to murder their children while resting in the comforting knowledge that 10% of the fee they pay us for the hit will go to help prevent tragedies like the senseless murder of Harambe from ever happening again.”

“It’s all about priorities.” 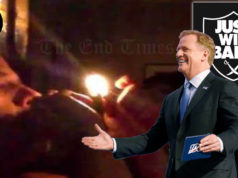