Home Politics 2016 Presidential Campaign Trump Promises Frustrated Fans That He Will Literally Disembowel Clinton In Next... 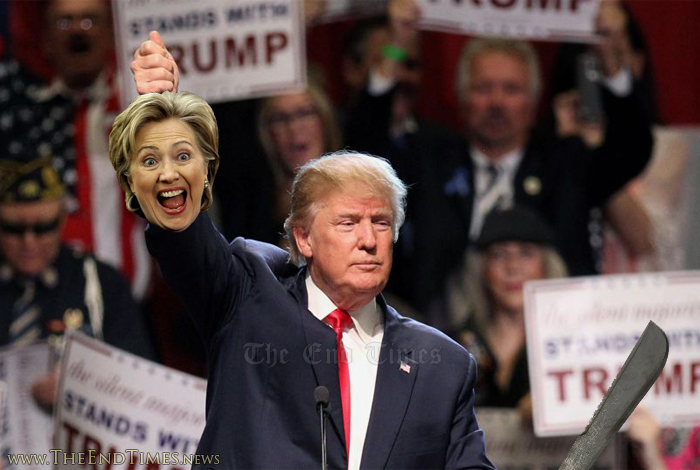 MIAMI, FL – After a lackluster performance in which most observers believe he missed many glaring opportunities to maul his opponent in classic Trump style, the Trump campaign is promising frustrated followers that The Donald will “literally disembowel” Hillary Clinton in the second debate and that he will “bring her head back on a stick” to show off afterward.

Thousands of Trump supporters at a massive post-debate rally in Miami cheered wildly as Trump promised to literally destroy Hillary the next time around while holding up a fake Hillary head in one hand and waving a machete with the other.

“If there’s one thing Donald Trump understands, it’s entertainment,” explained campaign strategist Vladimir Drakul in a statement issued Tuesday morning. “And what could be more entertaining than a good old fashioned beheading and disembowelment, am I right?”