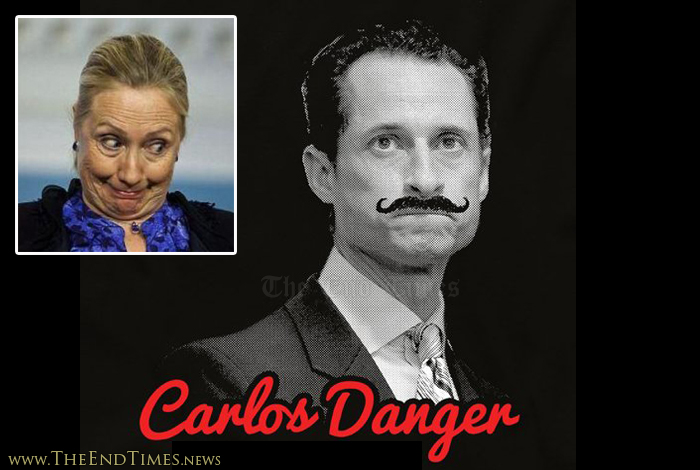 In a stunning turn of events that has rocked the political establishment with the presidential election just a week and a half away, the FBI has reopened its investigation into Hillary Clinton’s freakishly arrogant and idiotic approach to email based largely, it seems, on emails retrieved from Carlos Danger, also known as currently disgraced former Democrat Congressman and New York City mayoral candidate Anthony Weiner.

News that Weiner may have accidentally torpedoed Hillary Clinton during his now legendary, voluminous attempts to sext and send suggestive emails to various girls and women across the nation, has left many Democrat loyalists frustrated and flabbergasted.

“For the love of Hillary, can’t we just drone this guy and get it over with?” asked one highly placed Progressive activist in the Clinton campaign. “Why didn’t someone explain to Weiner that this kind of chronic extramarital sexual stuff is only acceptable after you become President?!”

“Or at least Governor of Arkansas.”