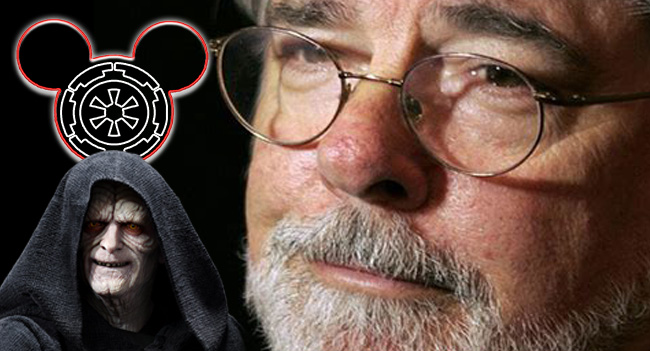 HOLLYWOOD, CA – In the aftermath of Disney’s The Last Jedi, in which the replacement of deep, cherished characters with shallow, vacant, utterly forgettable placeholder wannabes was accelerated by the Mickey Mouse Company while the last substantial vestiges of Jedi religion and lore were dismissively swept into the dustbin, George Lucas is reportedly “deeply distressed” that his once beloved Star Wars franchise is now apparently controlled by “a bunch of Sith lords at Disney”.

“He’s just crushed,” explained one Lucas confidant on condition of anonymity. “To watch things transition from the rich story arcs and iconic characters of Luke Skywalker, Han Solo, Princess Leia, and Darth Vader to some insta-Jedi chick that nobody cares about  and a shallow, pouting, emo-punk ‘bad guy’ who seems more fit for a skateboard than a light saber…well…it’s been devastating to George”.