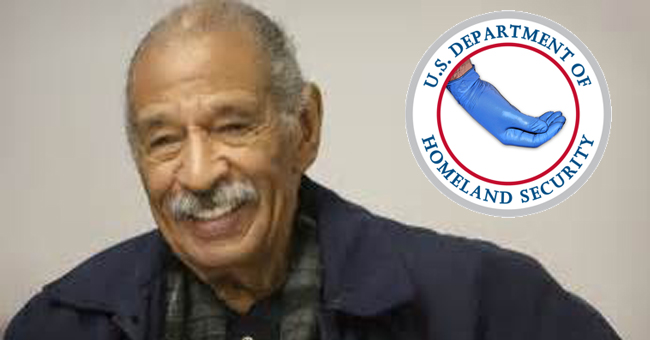 WASHINGTON, DC – Disgraced congressman John Conyers, who plans to retire in the wake of multiple sexual assault scandals has, according to multiple reports, been appointed as the new head of the Transportation Security Administration, where he pledges to “personally and enthusiastically oversee” the agency’s ongoing molestation of thousands of Americans on a daily basis.

“If one thing has been made painfully clear in recent weeks, it’s that John is uniquely qualified to lead this department,” explained TSA’s Chief of Molestation Justification, Chester B. Grabhappy, in a statement released earlier today. “John’s almost unbelievable level of comfort with putting his hands where nobody wants them will be invaluable as a tool of instruction to TSA agents hard at work across the country. It’s no easy thing to find a man who is both so well qualified and so eager to lead in the mass molestation of millions, but after an exhaustive search and extensive interview process with several high-profile sexual predators, we’re confident that we’ve finally found our man.”

Harvey Weinstein, Charlie Rose, Matt Lauer, and former Presidents Bill Clinton and George H.W. Bush were each reportedly offered the job before Conyers was approached to fill the position.