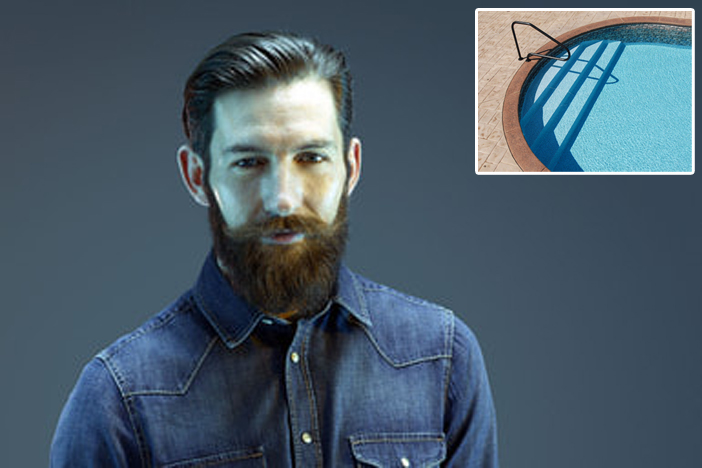 HELENA, MT – A local man who recently embraced Reformed theology (by the grace of God, Soli Deo Gloria!) is “totally convinced” that TULIP – an acronym symbolizing what is known as the five points of Calvinism or “the doctrines of grace” – represents “the deep end of the theological pool”, according to numerous increasingly frustrated friends and family members who are getting really tired of hearing the same simple, basic, entry-level concepts about salvation and the sovereignty of God repeated again and again without moving on to any of the many deeper things made possible by their revelation.

Daniel Portman, 28, who joined Grace Reformation Church three years ago after being “blown away by the depth and beauty” of God’s sovereignty over all things, has, according to friends, “spent the past 36 months growing his beard out and reading hundreds of books on the entry level basics of Christian theology”.

While many close to Portman have noticed that he seems to be covering the same material again and again and again without really making progress into deeper things, they’re hard pressed to find a way to help him understand that while he’s imagining himself to be diving deep into the weightier things of Scripture, he is, in fact, splish-splashing around in the shallow end of the pool.

“I get it. I really do,” sympathized Nathan Lang, a longtime friend of Portman’s who also found Reformed theology after spending most of his life in a typically clueless, shallow, and comfortably biblically illiterate American church. “I know exactly what it feels like to finally find Scripture being taken seriously on some solid, basic level after spending your whole life in a church that just doesn’t know or care about pretty much anything that the Bible has to say about God, man, salvation, or anything else in detail, especially when those details confront our own egos and challenge our pet traditions.”

“I get how someone making that switch may think they’re coming out of shallow Christianity and into a deep faith. But what’s actually happened is that they’ve come off dry land and are just now finally stepping into the shallow end of the pool.”

“At some point, after being understandably ‘blown away’ by the beautiful revelation of God’s sovereignty and convicted by the heavy reality of man’s inherent depravity, we have to move on to deeper things. We have to grow. We have to heed the words of Hebrews 5 and 6 and move beyond the milk of ‘the elementary things of Christ’ and on to the deeper, meatier things that enable us to actually understand and pursue the Great Commission in detail.”

“Reading 54 books on the holiness of God is cool and all, don’t get me wrong, but picking up a 55th book on the same subject while avoiding learning more about what Christ has commanded in detail on any number of life- and culture-impacting subjects isn’t really helping things, you know?”

While Portman has made vague references to “maybe eventually getting around to” reading some of the meatier material regularly suggested by concerned friends, he still seems content to re-re-read and re-re-reconsider the same basic TULIP truths again and again while not really worrying about what Scripture may have to say in detail about what we’re supposed to do after getting a solid grip on the fact that God is sovereign.

“It’s hard,” admitted Portman. “I just love the doctrines of grace so much! They’re so beautiful, awesome, and profound that I just can’t imagine going on to study something else.”

“But how can there be deeper things than TULIP, right?”