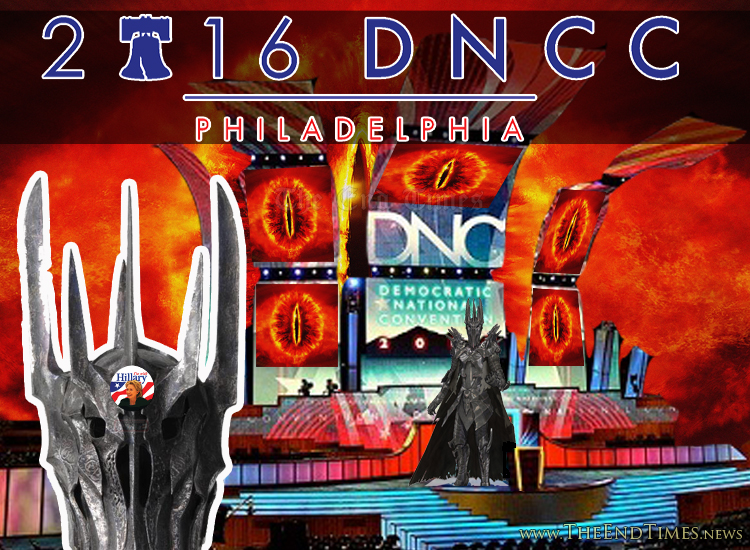 PHILADELPHIA, PA – In a surprise move sure to invigorate millions of fatigued foot soldiers of darkness while once again demonstrating the Democrat Party’s remarkable pull with Hollywood elites, Sauron has been scheduled to address the Democrat National Convention tonight shortly after Bill Clinton finishes his speech and focuses on flirting with women who are not Hillary Clinton.

The dark overlord threat constantly hovering over Middle Earth will appear in an oversized human form of approximately 18-20 feet in height so that “the little people” in the back rows can see Lord Sauron clearly as he encourages them to keep pushing for gender chaos, welfare dependency, and a never-ending expansion of power for the almighty American State.

“I am pleased and honored to support the campaign of Hillary Clinton for Overlord of America,” Sauron chillingly proclaimed in a pre-recorded teaser set to air this afternoon on CNN, MSNBC, and FOX News to promote tonight’s convention activities. “While I can obviously work quite well with Donald Trump as well, there’s just something about that Clinton name that gives me chills and makes want to burst out in joyous, diabolical laughter.”

“So go forth with confidence, my progressive friends! Destroy every cultural, traditional, religious and gender barrier that stands before you!”

“All hail The Democrat Party!”