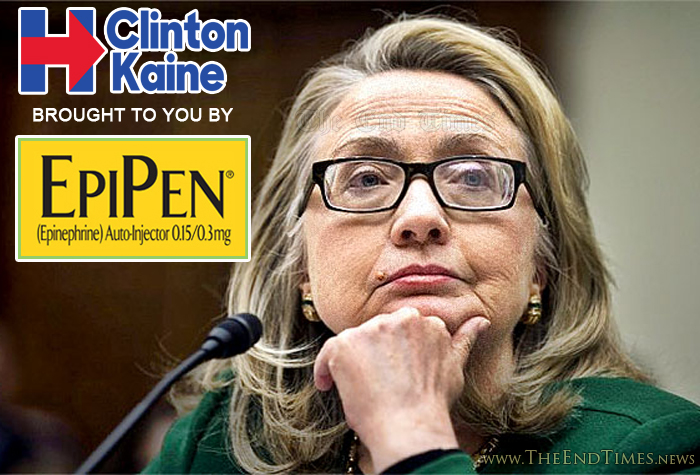 NEW YORK, NY – The producers of EpiPen, a medical device used to inject doses of epinephrine into people experiencing debilitating seizures as a symptom of serious ongoing health issues, is now a formal sponsor of the Hillary Clinton campaign.

“Everyone knows that without us, there is no Clinton campaign,” explained an EpiPen representative in a brief press release. “So why not make it official and get as much mileage out of this thing as we can while it lasts? Hillary’s clearly operating on borrowed time, and since we’re the one’s providing that borrowed time, it only seems right to get the credit we deserve.”

“What other company can credibly claim to have equipped such a walking dead, zombie-like creature to keep itself animated long enough to crawl within an inch of the White House?”